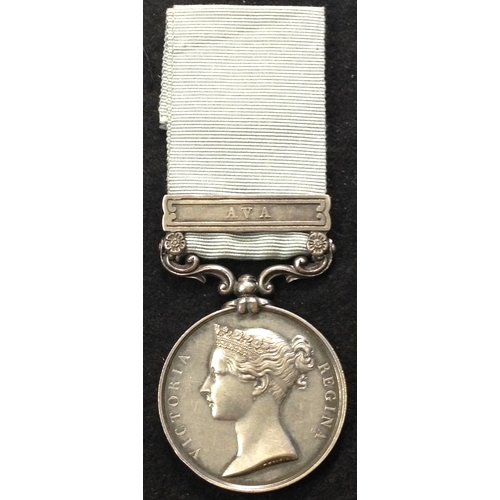 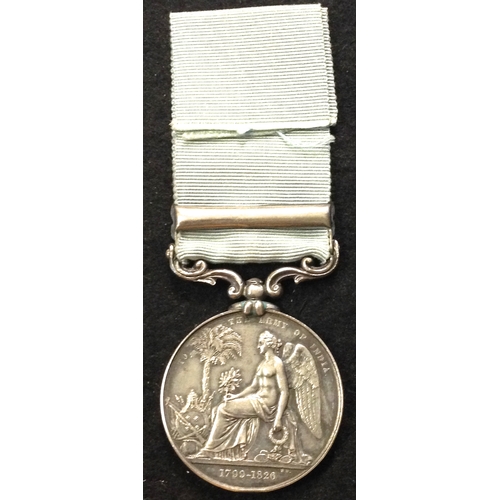 Army of India, clasp “Ava” - Lieut in the 28th Native Infantry, later Lieut Colonel, Commanded the Escort to Dr John Crawfurd on his special mission to Siam and Cochin 1821 to 1823.

Held a variety of staff posts in India 1842-48 when rejoined 28th NI. Rutherford died in Allahabad in 1856 and is interred there.

Commanded the escort of Dr. John Crawfurd, Surgeon, Bengal Army, on his special mission to Siam amd Cochin, 1821-23.
In 1821, the Governor-General of India, Lord Hastings, interested in learning more about Siamese policy with regard to the northern Malay states, and Cochin-China's policy with regard to French efforts to establish a presence in Asia, sent a special mission to the courts of both regions. He chose as the leader of the mission John Crawfurd, the noted Scottish Colonial Administrator who had already served in H.E.I.C. missions to the East Indies, most notably alongside Stamford Raffles in Java. Crawfurd, travelling with notes from H. H. Wilson on Buddhism, was accompanied by Captain Dangerfield, a skilful astronomer, surveyor and geologist, and the noted naturalist George Finlayson, who acted as the mission’s medical officer.

For security, they were accompanied by a force of 30 Sepoys under Walter Rutherford. On 21 November 1821, the mission embarked on the John Adam for the complicated and difficult navigation of the Hoogly river, taking seven days to sail the 140 miles from Calcutta to open water. The John Adam proceeded on what would be the first official visit to Siam since 1687.
Crawfurd found the court of King Rama II embroiled in the aftermath of the Burmese–Siamese War of 1809–1812. On 8 December 1821, near Papra Strait, Crawfurd found fishermen ‘in a state of perpetual distrust and insecurity’ due to territorial disputes between hostile Burmans and Siamese. On 11 December, after entering the Straits of Malacca and arrival at Penang Island, he found the settlements of Penang and Queda in a state of alarm - Sultan Ahmad Tajuddin Halim Shah II, Rajah of Kedah, had fled to claim right of asylum at Prince of Wales's Island; the British claim to the island was based upon payment of a rent, which Crawfurd feared the Siamese would challenge. Crawfurd's journal for 1 April 1822 notes that the Siamese, for their part, were especially interested in the acquisition of arms. Pointedly questioned in this regard in a private meeting with the Prah-klang (future Rama III), the reply was, ‘that if the Siamese were at peace with the friends and neighbours of the British nation, they would certainly be permitted to purchase fire-arms and ammunition at our ports, but not otherwise.’ On 19 May, a Chief of Lao met Crawfurd, a ‘first’ diplomatic contact for the U.K. His visit was despite the isolation into which the mission had fallen, for a Vietnamese embassy had arrived not long before and tensions were high. Since Crawford's brief opposed the interests of court figures including the Raja of Ligor and Nangklao, there was little prospect of success and, by October, relations were at a low ebb. Having then moved on to Saigon, where Minh Mạng refused to see him, Crawfurd’s mission ended with his transferral to Singapore as the British Resident.

Fees apply to the hammer price:

Other Lots in this Auction 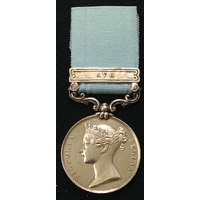 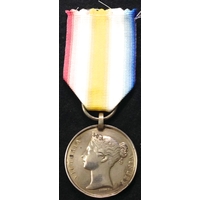